“The Minnie Barn’s” name was inspired by Minnie Webb. Minnie was the Captain of the first all-female fire brigade in Australia, the “Amazons”, who were located in Armidale NSW.
Minnie is featured on the City Centre’s mural which pays homage to the Amazons, celebrating the dedication and bravery of the female fire fighters who volunteered their services between 1901 and 1905.
The mural is located on the Barney Street entrance.
The “Barn” is inspired by the City Centre’s country feel and home away from hospitality.
The Amazon’s mural was painted by Brisbane based artist Sarah Hickey in August 2019.
The Minnie Barn is currently open for breakfast only between 7am and 9am.
The website www.theminniebarn.com.au is currently under development, however you can check out events and menu updates at https://www.facebook.com/theminniebarn/ 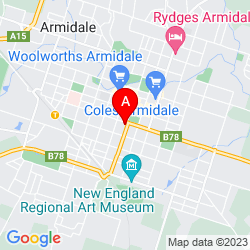 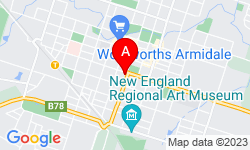 Book Now
Back to Top